You are here: Home / Blog / Product Reviews / The Differences Between Fillet Knives and Boning Knives – A Remarkable Guide (2021)

Most people are familiar with the different types of knives available in kitchen knife sets. Chef’s knives are the largest and most immediately recognizable of all knives, while bread knives are always easy to find. Most people are able to pick out the small utility and paring knives without issue, but a typical five- or six-knife set also includes either a boning knife or a fillet knife. Despite being among the most useful and specialized knives in the set, amateur home cooks tend to overlook these knives.

Due in part to their similar shapes, boneing knives and fillet knives can be confused. It is common for home chefs to not know if they have one or the other. Both knives share a similar curved shape, so this is mostly the reason.

Knowing what these unusually thin knives are for will help you create a masterpiece from any fish or meat-based meal.

The Difference Between a Boning Knife and a Fillet Knife

If you compare a boning knife with a fillet knife, you’ll find that each tool meets a particular kitchen need, but they each have similar appearances. When it comes to meal prep, the names of the two different knives give a good indication of what each knife is best suited for.

A boning knife is used to separate bones from meat and fish. The blade is usually between 5 and 7 inches long, flat, and sharp with a straight and slightly curved tip. The design allows for precise cutting, whether it’s cutting through ligaments and connective tissue, removing meat from heavy bones, or removing tiny bones from fish. Knives for boning tend to be thicker and stiffer than fillet knives.

The blade of a fillet knife is usually between 5 and 9 inches long, making it thinner and more flexible than most other knives. With prominent upward curves along the blade, as well as sharp curved tips, they have a distinctive look. Because the blade is thinner, it can’t handle excessive force like a chef’s knife or debone meat like a boning knife. Despite this, this knife is perfect for removing scales from a fish while flexing around its body without damaging the meat.

Fillet knives are designed exclusively for use on fish, whereas boning knives can be used for both fish and meat, making them more versatile than fillet knives.

What is a Boning Knife Used For?

Generally, boning knives are thinner than most kitchen knives, but they are also flexible to varying degrees. The knife’s primary purpose is to separate meat from bone, so different levels of flexibility will yield different results with different types of meat.

If, for instance, you are slicing beef or game meat away from the bone, a sturdy, firm-bladed boning knife will offer more performance. With chicken and poultry, a thinner, more flexible boning knife is better. Also, flexible boning knives are ideal for removing the silver sheen often present on pork or lamb. The meat will be much more tender if you do this before cooking.

Fish can also be prepared with a well-crafted boning knife, but only if it prioritizes flexibility over hardness. It is possible to use a thin, flexible boning knife as a filet knife, but not necessarily the other way around.

What is a Fillet Knife Used For?

When using a fillet knife, the stomach of the knife is curved upward to maximize its utility. In the hands of a skilled chef, this allows a whole fish to be quickly transformed into a set of precisely cut fillets.

Due to their design, fillet knives frequently have to deal with wet environments, as they are used for cutting fish. They need to be made of corrosion-resistant steel that’s smooth and easy to clean. Unlike meat and bones, fish scales do not present the same kind of challenge as fish scales.

To gently squeeze their way around fish bones and skin, filet knife blades must also be thin and flexible. Precision instruments designed for surgical proficiency. The delicate blade of a fillet knife will be damaged if misused.

Additionally, they have a long, shallow-angled bevel. The relatively soft blade becomes razor sharp, but its durability suffers as a result. A knife like the heavy meat cleaver commonly used in butcher shops has a short, wide bevel that isn’t particularly sharp, but extremely durable. We also have compiled a guide that will help you choose fillet knives, if you are looking for the best one. 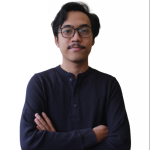